Ways to the Heart

In this charming book the internationally renowned family therapist Helm Stierlin practices “merry sciences”. He accompanies George and Georgina on their life path with jolly and colorful illustrations.

In this charming book the internationally renowned family therapist Helm Stierlin practices “merry sciences”. He accompanies George and Georgina on their life path with jolly and colorful illustrations.
As author and cartoonist he demonstrates systemic thinking in a light hearted manner. He illustrates essentials of a couple relationship without disregarding its complexity. A wonderful book for all those who want to find and keep a partner as well as for those who already have found one.

The author about this book: “Nowadays whole librairies could be filled with books on couples and couple therapy. There are many reasons for this but I believe one reason stands out: Society has changed, is still changing and is becoming more complex than ever – just as relationships do. Pondering the complexity of modern relationships I decided that systemic thinking sweetened with humor might offer a way to reduce it and yet keep it in mind. Thus I came to plan this little book of verses and drawings in which I tried to heed what one of my philosophy teachers told me many decades ago: Verum gaudium res severa – real enjoyment is a serious matter.”

Helm Stierlin, M.D., PH.D., was born in Germany in 1926. He studied philosophy and medicine in Germany and Switzerland. Between 1955 und 1974 he worked in various psychiatric hospitals and research institutes in the USA where he was also trained as a psychoanalyst. From 1974 until 1991 he was the medical director of the division of “Psychoanalytic Research and Family Therapy” at the University of Heidelberg. His major research areas were psychotic and psychosomatic disorders, separation processes in adolescence, systemic family therapy and psycho-history. In 1985 he received the Distinguished Professional Contribution of Family Therapy Award of the American Association for Marriage and Family Therapy.He was co-founder and until 1991 co-editor of the German-language journal Familiendynamik. Apart from many articles he has published thirteen books with translations in twelve languages, among them Conflict and Reconciliation, Separating Parents and Adolescents, Psychoanalysis and Family Therapy, Unlocking the Family Door (with G. Weber) and Adolf Hitler: A Family Perspective.

There are no reviews yet.

Be the first to review “Ways to the Heart” Cancel reply 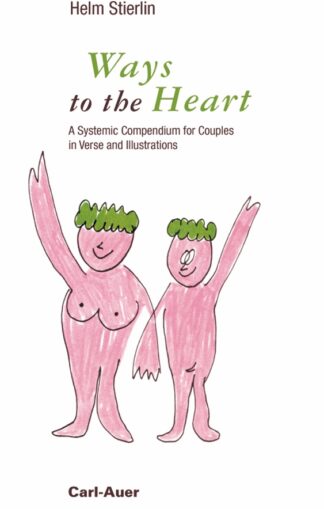 You're viewing: Ways to the Heart 8,95 €
Add to cart
We use cookies to ensure that we give you the best experience on our website. If you continue to use this site we will assume that you are happy with it.OkPrivacy policy